Now came the shoot. All available men lined up across the park, beating, the gun in same line and if a rabbit got up in front, bear in mind they never shot it. It was not sportsmanlike to shoot a rabbit sitting, it had to run at a very good speed. Well, on this one occasion, I well remember, especially years later, Grand Duke Michael of Russia and Prince Henry of Prussia, they were two of the guns. I might say Lord Newton was not much with a gun. He was more on the links, golf. Balfour, so on, Lord Curzon, they were great men on the golf course but he did fall in and took his share of the walk right round the park. Well, of course at the end of the afternoon shoot it was a poor shoot if we had not got 500 rabbits and that was considered a good day’s sport.

Now then, we can take pheasant shooting that was very, very interesting. It was surprising really the number that got shot. Take first field, Pott Shrigley, for instance, that’s a lovely valley (below). Now the men, at least the sportsmen, the guns, were led down the drive and they had loaders either one or two because a quick shooter they had a couple of loaders. Well, beaters went to the far end of the wood, drove the pheasants across this valley and the guns well below were able to have fine shots at these flying birds over their heads. Well, the result was they get on this particular gamekeeper’s beat, Adam Beeley was the name of the gamekeeper, a grand old fella as wise as two ferrets, and they would bag 500 on his shoot alone.

Now then, we can come to duck shooting and this also took months before they were able to achieve a grand shoot. The ducks were reared on the pond, either the millpond, Beeley’s pond or any other pond, head keeper’s pond. They were reared there, hundreds of them, 500 probably or more. Now on the day of the shoot, we’d take Adam Beeley’s beat again. The ducks were gradually led a wee bit away from the pond with his bag of food. He also whistled them, got them fully used to him and they used to follow him a little bit further every morning until he got to the far end of the field, then up through a wood. It was called Knights Low, for some reason or other. These Lows were burial grounds if I remember right and it was a high hill. Gradually over the weeks and months they were fully accustomed to going to the top of the hill. Then at the top of the hill was a wire netting pen and they were gradually induced to go into the wire netting pen several days before the shoot. On the day of the shoot they were made up and men used to watch them for two or three nights, with gallons and gallons of beer and bread and cheese.

On the day of the shoot the sportsmen lined up at the side of the pond and spaced of course so many yards apart. Whoever were in charge of releasing the ducks at the top of the hill to fly back to their pit or pond, released three, four, five or six ducks at a time. Then the sportsmen at the bottom shot them over their heads, some with very good eye. We were able to note who were good shots with the accuracy of shooting. Well, that was the wild duck shooting and they would get four or five hundred . The same thing applied on all the other gamekeepers. Bill Harden was a noted gamekeeper and he used to train his to go to the top of the cage hill, but they had no pen there. It was a matter of trying to scare a few ducks in the air at once and same by the other gamekeepers . They were the only two hills but nobody shot at

Gap ................ Very unique I don’t suppose many people can say a stag has jumped between his legs. Well, I can and now there is only one living who remembers it . We were collecting deer or at least catching deer and we were sending them to Ireland in exchange for some of their bucks. Interbreeding does not do and we used to change several bucks, a dozen probably at a time. Well, we rounded these deer up, beating as we call it, driving them, dogs, men galore, into what was the wild beast shed yard, near the head keeper’s, the kennels on the estate. We first drove them into a big yard; the walls about eight foot high, men left them there, guarding them at night. The following morning, or whenever we wanted to get them ready for the boat, we dressed the horns, cut the antlers off and had a gate into another big pen. Inside the next big pen we had probably four to six nets, about 8 foot high, so that if a stag leapt one. You must remember we were on this occasion after bucks and of course you couldn’t get bucks without does. Well, we tried to separate the does but any doe that went in we tried to get out. Now to keep the stags in we were on an 8 foot wall and, as I said, the nets 4-6 foot, 6-8 foot high. The idea was to drive the stags into the net, then men lie on them, catch them and put them in crates ready to send away whereever we were sending them. Well, the first that came over was a Japanese

little buck. They were lovely stags, white, big fluffy rumps. That little thing jumped every net and over the 8 foot wall without the least little trouble. The next that came was a red deer, a doe, a nice animal that practically did the same over every net. Now I was standing at a corner, one leg on one wall and a leg on the other wall in a corner. This doe jumped all the nets and jumped right through my legs, between my legs just brushing my leggings. Had it been a buck I would have been knocked on my back from the top of this 8 foot wall and would not probably have been telling this tale, but I can always say a stag has jumped through my legs.

Lyme Hall for a lump of beef. Each workman, according to size of family, had a big lump. I know mine used to come 10 or 12 lb many times. The idea was we went into the servants’ hall , then on into the kitchen where her Ladyship was waiting with Guest of Honour. We placed on the table a cloth and they put on nice clean paper. The shepherd and butcher put on a lump of beef . Then her Ladyship tied two corners of the cloth, handkerchief, what ever you want to call it, the guest beside the Lady , tied the other two and, “ We wish you a Merry Christmas.” Well, Lord Newton (above), his Lordship, and Lord Curzon Derby, they were guests many times. They just stood by along with the estate agent, telling them who were tenants or farmers’ sons or what not. On this occasion I remember one time Lord Newton asked of Mr Lesley, the estate agent, “Who is that man?” “My word it’s one of our tenant’s sons My Lord.” “My word what a guardsman he would make!” I thought differently of course. Well after we had our lump of beef we went for the customary drinks. Bear in mind they had their own brewers there. A man called Shufflebottom , oh he were a grand old fellow. In some of his moods he would tell the men “ya canna go” turn his back, “’ere are ‘eres key, dunna get drowned in vat,” bearing in mind the vats there were huge things. Some of them were brewed for celebrations, 2lst birthdays and so on. Anyhow I don’t think some of the men remembered Christmas Eve.

I might just add this. Lord Newton was very fond of using the axe and as a matter of fact he was the first I saw to use a winch. They had some wonderful lime trees up against the north gate at Lyme Hall. He took the end of a rope; three parts probably of the way up the tree, 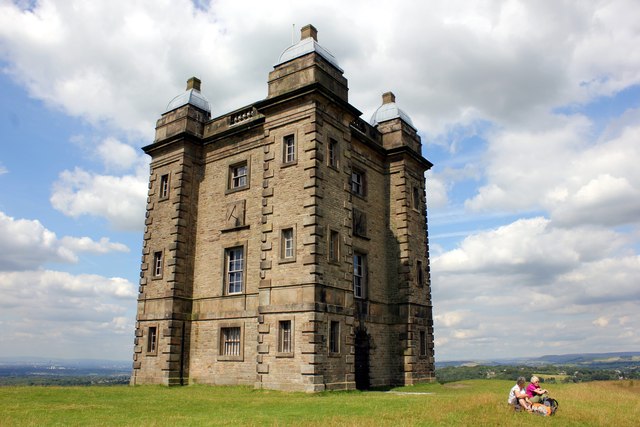 pulled a good hawser to that distance and secured it say three parts of the way up the tree. Then came down and just lever backwards and forwards, backwards and forwards. He pulled that tree over in a very short time. But on this occasion I was going to tell you, I was, he was cutting a tree down in Knights Low, right opposite the south front of Lyme Hall up the Avenue. I don’t think I have mentioned it before but I am also very, very fond of birds and have been all through life. This particular morning, well I never followed footpaths; we were always trespassing, Joe Wells and myself, looking for birds’ nests, not to destroy them but of interest. As I was going along this particular morning, looking for nests, I heard a woodman’s axe. I kept going nearer and nearer till, round the corner, no other than his Lordship, Lord Newton. Well, I think we both looked very surprised in the end, what was the big idea. “Well, my Lord I don’t know whether you would believe me or not but I’ve always been very keen on ornithology and followed bird life all the way through.” Oh, he just carved down on his heels and we talked birds. He asked me if I had ever seen a nightjar. I could of told him I’d found a nest not very far away from here and first one and another he asked me about eggs. I was able to answer him and we were the best of pals before we parted. He told me whenever I was working about the hall I could go and have a look at his library.