In 2013 Judith arranged a visit to Congleton and Ian Doughty acted as our host and guide. As well as showing us around the little gem of a museum, of which he is the curator, he also led us on a fascinating walk around the town. This time Ian returned the compliment by visiting Marple but he still had to sing for his supper. Rather than covering the complete history of Congleton he elected to concentrate on the last 250 years and show how the textile industry has shaped the town.

He took the somewhat counterintuitive approach of starting with the most recent company to come to Congleton making textile products, in this case Airbags International. (No 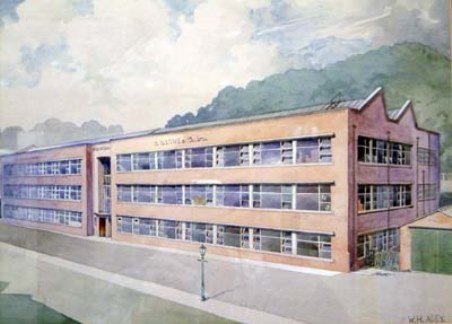 guesses as to what product they make.) Moving back in time he took us through the heyday of the garment manufacturers such as R. H. Lowe and the ribbon manufacturers such as Berisford. Eventually we got back to 1752 and Congleton Old Mill (left upper) built by John Clayton and Nathaniel Pattison, using water power designs by James Brindley. This was a critical turning point in the history of Congleton, changing it from an agricultural market town to a town with a strong industrial base. More than that though, Ian argued that it was an important turning point nationally and not just locally. The mill was built a generation before Arkwright began to dominate the industrial revolution and it was a large mill by any standards, setting the parameters for mill design for the next century.

Congleton Old Mill may have set the precedent but others soon followed. By 1800 Congleton was dominated by mills and by 1850 there were almost 50 in the town and its environs. The potential for water power was the key factor that brought the mills initially and they formed clusters along the Dane and its tributaries. Unusually, these mills did not follow the typical progression of mills by moving from water power to coal-fired boilers producing steam. Instead, most missed out the coal stage as the town had its own gas plant by 1833.

The new industries changed the way people lived. Most of the larger mills created a community based around the mill and the more successful of the new industrialists provided amenities to the town with occasional philanthropic gestures. It was not a company town; no mill dominated the economy, but there were several wealthy industrialists who were happy to make an impact on the community.

Congleton has not been a textile town in the same way as Bolton or Oldham. These towns were heavily dependent on cotton and when that industry declined so too did the towns that had committed themselves to it. Instead, whenever economic conditions have changed, Congleton has changed too, adapting to different circumstances. Wherever possible it has grown in niche markets such as silk or ribbons or areas where a unique skill was required such as fustian. This flexibility has allowed the town to survive and prosper for the last 250 years and it should keep it in good stead for the next 250. 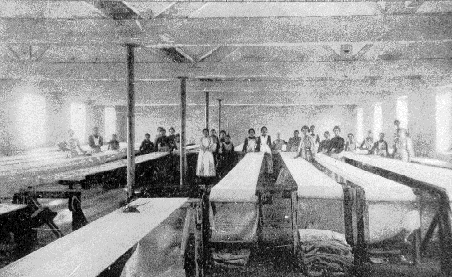 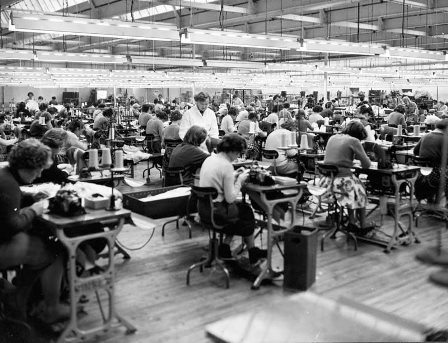