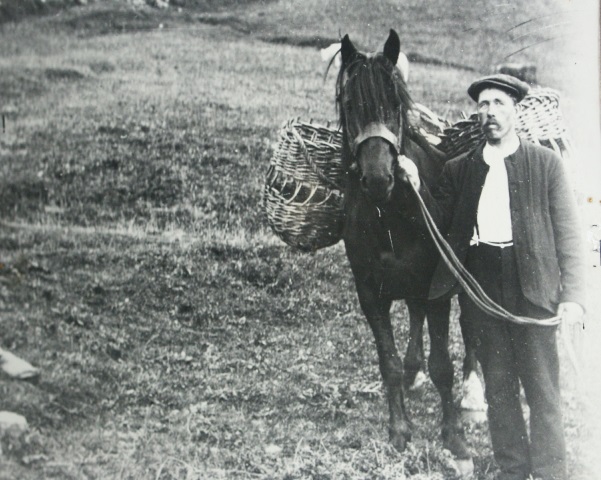 he only experience most of us have have ever had of a load-bearing equine would have been donkey rides on Blackpool beach so it was with some fascination that we listened to Donald Reid talking about packhorses. They were virtually the only means for transporting goods in bulk from mediaeval times until the Industrial Revolution when the development, first of turnpikes, then canals and finally railways, gradually put them out of business.

The original packhorses were operated singly by peddlers, using these horses to carry their wares but this soon developed into trains of horses and they became essential for such early industries as mining, textiles and salt. Many of the routes crossed or ran alongside the Pennines because they were particularly useful in rough, steep and difficult terrains. Many of the packhorses were originally Galloways, a breed that was mentioned by Shakespeare, because they were strong, nimble and patient and tolerant to working in close proximity to other horses. Each packhorse could carry over 200 pounds in weight - roughly two hundredweight - but the load had to be as evenly balanced as possible. There were special saddles designed to support 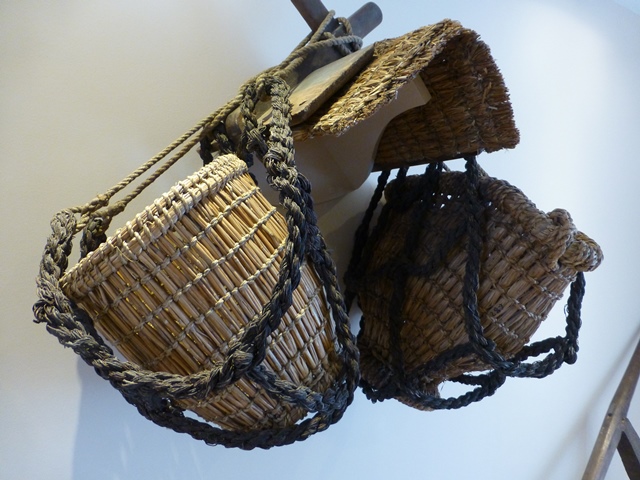 panniers or to hook on bales and some of the horses wore bells to give warning of their approach.(Orkney Kirkwall museum saddle right)

The men in charge of these trains were known as jaggers or badgers and they themselves were a tough breed, leading trains of ten or twenty packhorses day after day, covering twenty or twenty five miles of sometimes very rough terrain. These trains of horses left many signs of their passing. In places there are paths or landscape features recognising their presence - Salters Brook, Packhorse Bridge - but more often there are pubs marking well-worn trails - Packhorse Inn, Nag’s Head, Bay Horse, Woolpack etc.

There are even more physical signs of these old trails. Many were worn so much by centuries of animal hooves and water erosion that they are lower than the surrounding land; sometimes much lower. Some of the Jaggers were itinerant, often Scotsmen, and were disliked as it was believed they were not paying taxes and using benefits provided by others. Many, however, were local farmers supplementing their income in an area they knew well and it is to these men that we probably owe the physical reminders of the routes. Where tracks were worn or slippery they often laid slabs along the trail making what was known as a causeway. Alternatively stones could be set on edge in order to prevent wear and to give a good grip to the horses’ hooves.

However, the defining fea 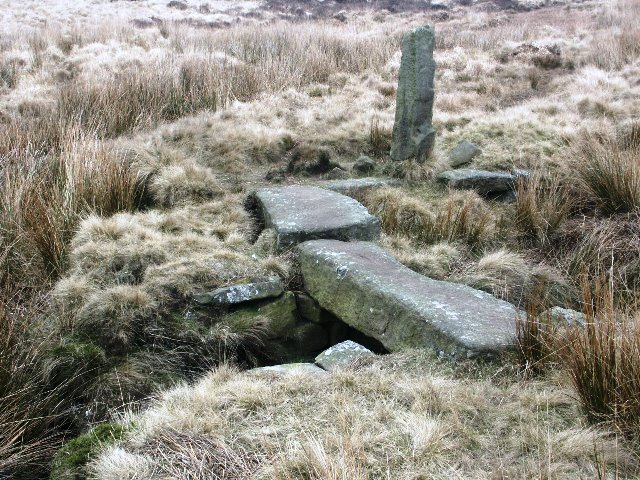 ture for all pack horse trails was the packhorse bridge. These were simple, narrow bridges with either no parapet or very low parapets to avoid obstructing the load. It might seem unnecessary to have a bridge in some places but the loads were often valuable and would lose value if they got wet. Even a ford could be treacherous. In addition, many of the streams which seemed calm and placid in the summer could turn into treacherous torrents after a storm. The simplest bridges were clam bridges (an example, left) - a stone slab placed across a stream. A variation on these would be two stone abutments providing a firm base for the slab. Moving up a grade in technology were the clapper bridges - a series of slabs supported by small pillars or flat stones such as stepping stones. However, the characteristic packhorse bridge is a simple arch spanning a stream. Our own “Roman Bridge” exemplifies this. Wider streams and rivers required two or more arches such as the elegant Lower Hodder Bridge near Clitheroe. (below) These bridges were rarely built by skilled masons; more likely by farmers who were expert drystone wallers. However, they were strong and have usually stood the test of time. 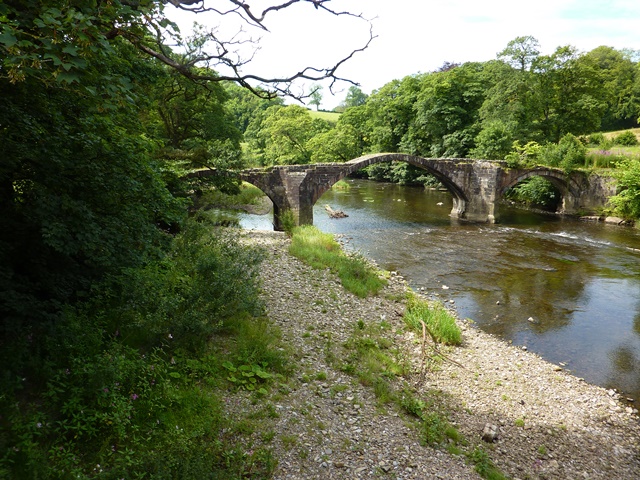 On a featureless moor these bridges could be hard to find so they often had a stone pillar erected alongside to give a direction to aim for. These, in turn, were used as a model for “stoops” - early signposts erected where two or more trails met. These were not usually erected as a charitable gesture. The government tried to organise and regularise the network of packhorse routes by appointing (unpaid) surveyors and requiring guide posts to be erected with a series of acts between 1555 and 1709. Although these regulations were not always followed there are many examples of stoops particularly in the Peak District where they have not been superseded by new and better roads. Many of them can still be read although the spelling might need a little interpretation. Fortunately Donald gave us a short course in reading them. If you stand in front of the name the route to that particular destination is off to the right.

Although they lasted for many centuries the packhorse trains began to meet competition with the Industrial Revolution. First there came turnpikes, then canals, then railways and finally a comprehensive road network and the internal combustion engine. Each of these could go faster and carry more than a packhorse though this form of transport lasted well into the machine age. In a few areas they could be found as late as 1945 but now they are no longer. A great heritage and thanks to Donald for giving us an insight into this way of life. Indeed, the location of his talk could not have been more appropriate. The Carver family who ran Hollins Mill for over a hundred years had started with regular packhorse routes across the Pennines and from that developed a national carrier business. It was this business that provided the capital for the Carver twins to enter the cotton industry in Marple.