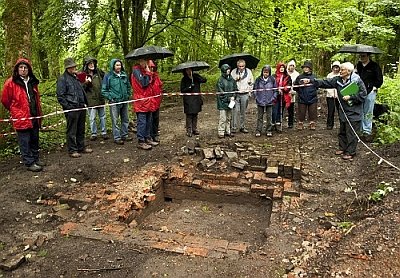 The story of a house, but no ordinary story. Diana Leitch gave us a history that encapsulated much of what Manchester is about - manufacturing, radical politics, global trade and scientific research. It was the tale of two houses on the Towers estate in Didsbury. The first house, Scotscroft, was built by John Leech, the head of the Leech family of millowners from Stalybridge. However, although the family fortune was founded on cotton, he had diversified into engineering and even shipbuilding. It was an impressive house but not as impressive as the house that was built nearby in the 1860s. This was built near Scotscroft for the editor (and owner) of the Manchester Guardian, John Edward Taylor. It was certainly not built on the cheap. It cost £50,000 in 1862, more than £5 million in today’s currency. Standing in 14 acres, Pevsner has described it as “the grandest house in north west England.” However, his praise was not unqualified. He also described it as “grossly picturesque in red brick and red terra cotta.” Unfortunately Martha Taylor, Edward Taylor’s wife, held the same opinion and she refused to live there. 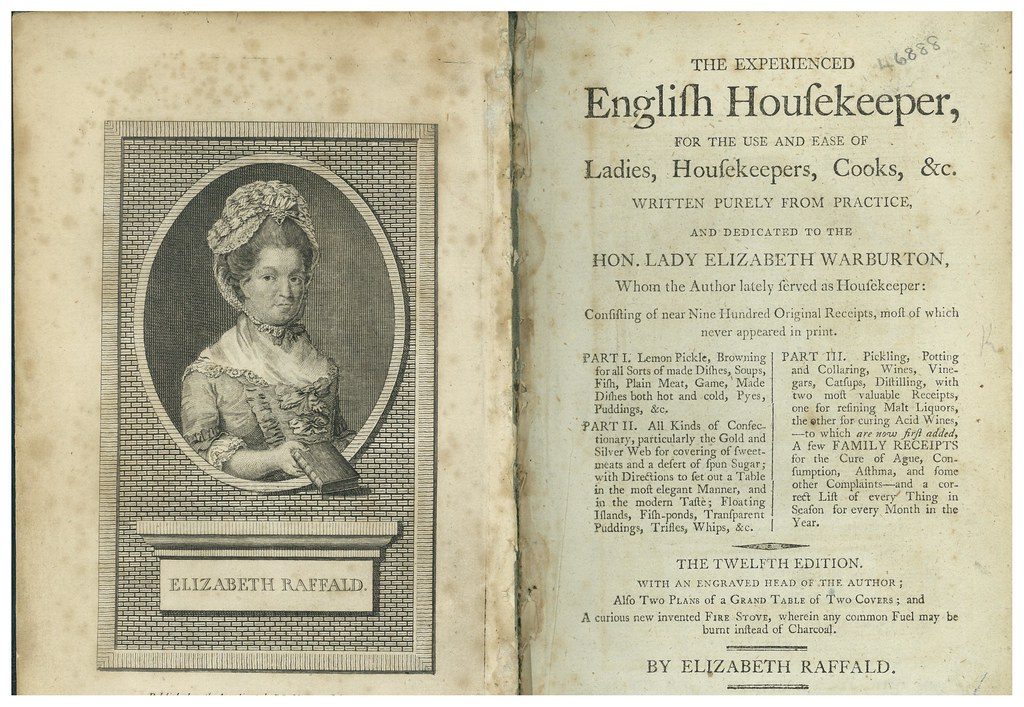 On a rather wet and unpleasant evening on Monday 18 March 2019, a very good turnout of people came to hear Suze Appleton give her presentation on Elizabeth Raffald. Suze began her talk by explaining how she came to be so interested in this little known lady.
About five years ago Suze found a reference to Elizabeth on Twitter, and followed it up. It turned out that although there was information to be found on Wikipedia and other sources outlining the remarkable life of this lady. Suze, who has been a Manchester resident all her life, could not understand why she had not heard of Elizabeth or of her amazing exploits. This interest was spurred on when, soon afterwards, Suze went on a visit to Arley Hall with her local W.I. and discovered a poster with even more information. 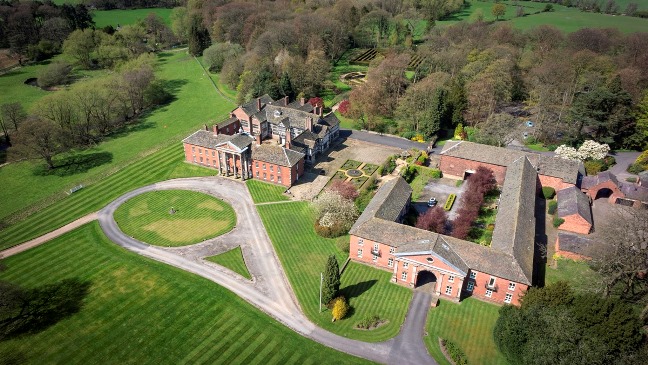 Sssh! Keep it quiet. Don’t say anything to the Legh family of Lyme but they are not the main branch of the family. The Leghs of Adlington are the senior branch and Adlington Hall has been handed down, generation by generation, all the way to Camilla, the current owner. The Leghs of Lyme are descended from a younger son who was sent out to make his fortune and fell on his feet by marrying well.

Anne Woods gave us a history of the Legh family, artfully interweaving it with a visual tour of the house and garden. Just to keep us on our toes she introduced the odd picture from time to time showing mystery objects whose function or origin we had to guess. But more about those later.

An acronym was originally just the initial letters of an institution or a project, used as a shorthand by people involved. However, the modern trend is for governmental agencies to think of the acronym first and then find a mission statement that can fit (or sort of fit).

STORM is the contrived acronym for an EU programme designed to assess the impact of climate change on archaeological sites. The full title is..... 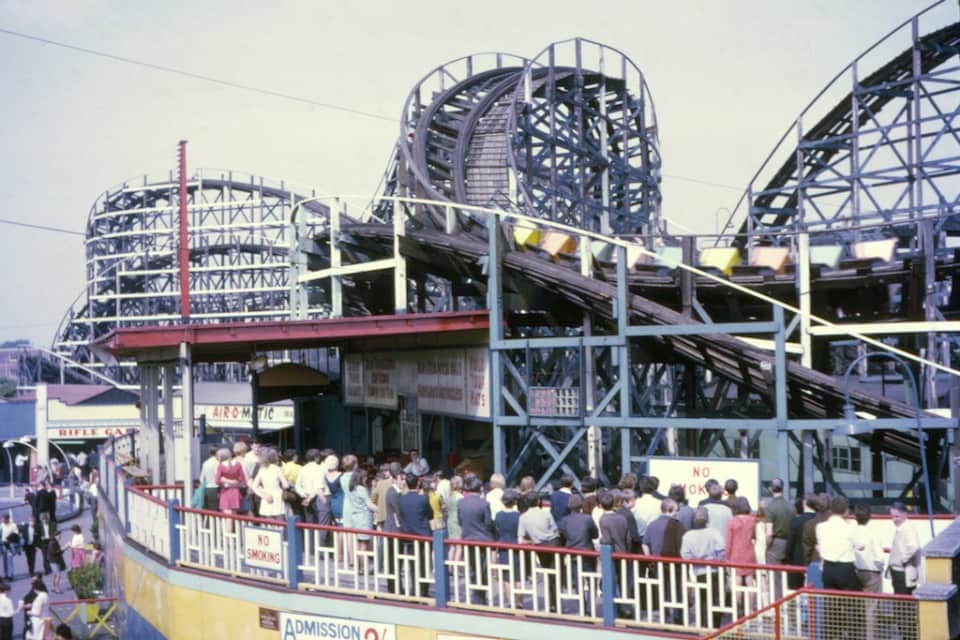 From time to time one of the talks in our programme strikes a chord with the wider community. So it was with our December talk about Belle Vue, given by Brian Selby and Frank Rhodes. As well as a good attendance of our regular members, we had twenty five visitors come to recollect something of their childhood. Brian and Frank were an effective double act. Brian was the amateur enthusiast; Frank was the historian. Brian did most of the talking whilst Frank relayed many of the anecdotes and legends that have grown up around the iconic amusement park.Memories were stirred but not shaken. Such was the promise of an evening of Belle Vue to the members…..and visitors. 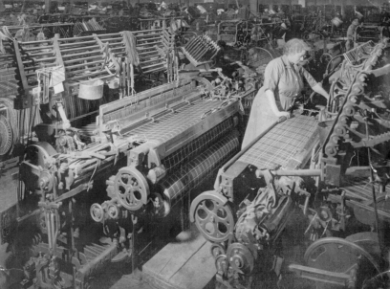 In March 2015, Judith Atkinson gave us a fascinating and entertaining insight into the building of the ‘Big Ditch’ - the Manchester Ship Canal, using a remarkable collection of glass slides. This evening, Judith excelled again, using an album of photographs that had narrowly missed being discarded in a skip to illustrate her talk about the working life of the Burgess-Ledward mill at Walkden. 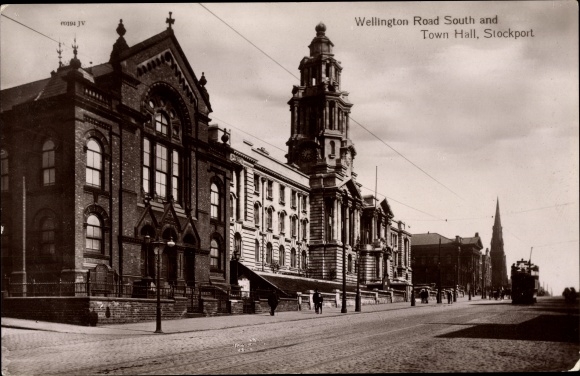 The question posed by Julie Bagnall was what to do with 323 postcards and she regaled us this evening with the many and various things she had done with them.

Her first task was to justify to her husband why she had bought this dog-eared album at a car boot sale in 1992. He was told it was none of his business and when he enquired about the price that was a confidential matter. However, the album was squirrelled away for a couple of years on the basis of “out of sight, out of mind.”

When they next saw the light of day, Julie decided to count them, which is how she came to the total of 323. But they were not all postcards. Most were, either used (written and posted) or unused, but there were also pictures and some clippings....

a postcard of the Town Hall, Stockport 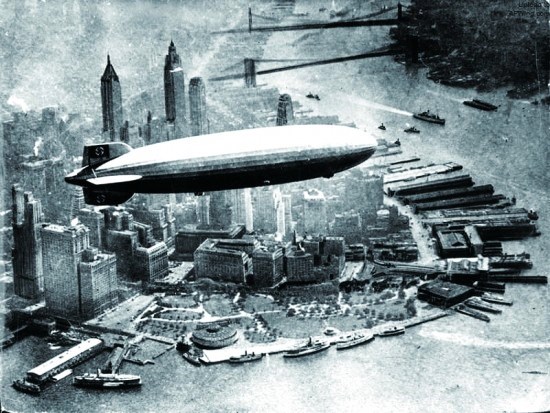 In the opening presentation of the season, using both photographs and film of the period, Michael Ogden told us of the fascinating story of a lost technology, and a long forgotten way to travel the world

During the early years post the First World War,  very few thought the aeroplanes would ever develop into a safe, efficient and affordable way to travel long-distances. The first airliners had only a short range – 500 miles at most – though that was probably plenty for the passengers because they were uncomfortable, cold, noisy, far from reliable -- and not very safe either.

What a contrast with airships, especially Zeppelins! They could cruise for thousands of miles, carrying more passengers in far greater comfort than aeroplanes. They had kitchens and toilets and, on trans-ocean flights, cabins and showers as well. They were a little slower than airliners but, more importantly, they were two or three times faster than the ocean liners they were competing against.