Our December meeting broke new ground. We had three of our members giving short introductory talks on subjects that interested them. 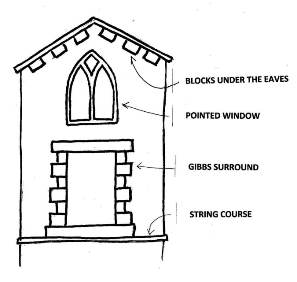 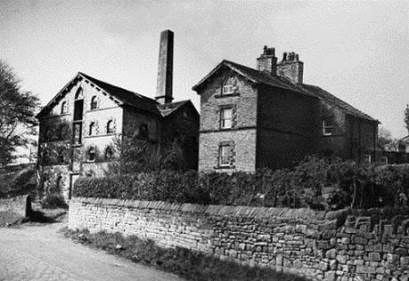 Anthony Burton began proceedings with a novel approach to a familiar subject – Samuel Oldknow as an architect. His thesis was that, although there was no architectural style associated with Oldknow there were certain design features that were commonly used across many of the buildings.(above left) The only building that we know had an architect was All Saints church where Robert Goldsmith was in charge but there is a continuity of design across all Oldknow’s buildings in Marple that would suggest a clerk of works or a master mason working closely with Samuel. One of the most distinctive features was the use of pointed windows. Other recurring design elements were the use of Gibbs surround to doorways and distinctive alternate blocks under the eaves. The most important building commissioned by Oldknow was Mellor Mill but many of these features could be traced in other buildings. Industrial buildings such as the Mineral Mill and manager’s house,(above right) the Canal Warehouse and the buildings around the Lime Kilns, all demonstrated similar characteristics. So too did his domestic buildings, whether grand, such as Mellor Lodge and Bottoms Farm or more modest, such as Brickbridge Cottage and the cottages in Church Lane. Samuel Oldknow was not an architect and his buildings were only a by-product of his wider ambitions but they made a distinctive mark upon Marple and Mellor. 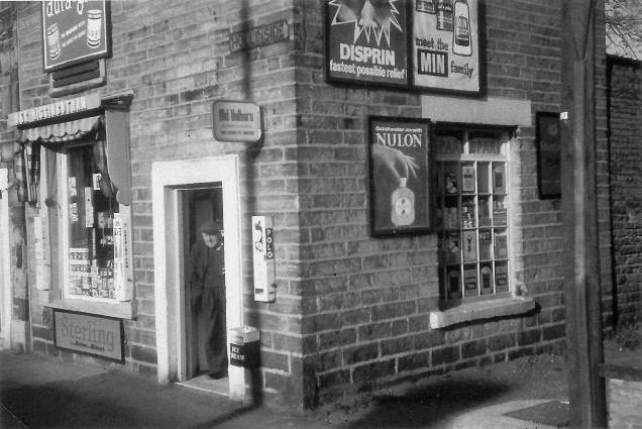 Lynda Jenkins regaled us with tales of Marple in the 1950s. Sex, Drugs and Rock ‘n Roll. Definitely no sex; the only drugs came from the Co-op chemist and the nearest thing to rock ‘n roll was performing in the annual pantomime at the Carver Theatre. Instead there were walks with mum and dad to the Roman Lakes where, if you were lucky, you went for a row. If you were really lucky, you were allowed to play on the slot machines. Other, more exciting walks, with school friends to Marple Quarry for all day games. Playing dangerously at the Rec in the days before Health and Safety. Sweet dispensers on the wall of the corner shop, Higinbothams, (left) where every fourth go you got an extra packet.The mill was ever-present, dominating the village and everyone knew everyone else. If anyone misbehaved their parents knew about it almost before they got home. Everyone remembers where they were when important events happened – Kennedy’s assassination, the moon landing, 9/11. For the people of Marple it was 27th October, 1957 when Blaster Bates demolished the Hollins Mill chimney. It was the end of an era. 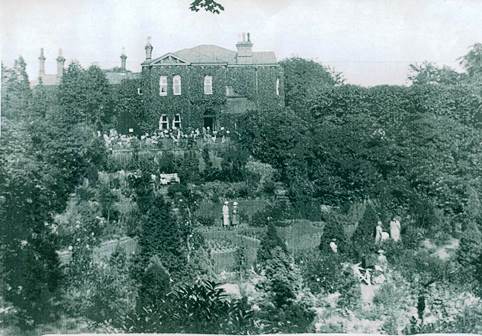 Mags English gave us a potted history of Torkington Manor,(left) first taking us there with a pictorial journey along Torkington Lane. The land was originally owned by the Bradshaw-Isherwoods but they sold it for development and two identical manor houses were built close to each other in 1892 – Harefield House and Torkington Manor. The first residents of the former were Mr and Mrs Winterbottom whilst Major George Pearson occupied Torkington Manor. Robert Shepley, a young mill owner and local magistrate, took over from him at about the turn of the century. Of the original residents Mrs Winterbottom remained until 1948. Both houses were purchased by Elsie and Ronald McIndoe in 1960 and were used as an old persons’ home for three decades but from 1990 remained empty and began to decay. Inevitably, vandals began to take an interest and, although Torkington remained secure, Harefield House was subjected to an arson attack. Both houses were purchased by a property company and they have been extensively renovated and added to, making a gated community of flats and apartments.

These three speakers had presented different angles on the history of our district but David Burridge finished with a visual presentation of unusual angles. It would be far too simple for an audience of local residents to identify complete buildings or viewpoints so David focused on small but distinctive architectural detail. Anyone could identify St Martin’s but could they identify the unusual ross atop the church? Another unusual cross was not on a church but on the Regent Cinema. It was the same for roofs. We could identify the roof of the lodge in Memorial Park but not the eyebrow over the first floor window in Manor Hill Road. Art Deco features of The Shanty were recognised by some and everyone knew the building which proclaimed to be Albert School. A close-up of a nut and bolt caused rather more discussion. It was not the Iron Bridge and, after several more suggestions, it turned out to be from the elegant Midland Railway bridge that stood proudly at Marple Station until it was substituted by an ugly modern equivalent. A few questions were easy; most encouraged a lively discussion and we had to be given the answers for one or two. The presentation achieved its object and it reminded all of us that there was a lot to see if we would only look.

The evening was a new idea and generally considered a great success, allowing members to participate in a variety of ways. Let’s hope another can be arranged but we need volunteers. Who has a special interest that they would like to share?

Two unusual angles below, from David's talk,click on images to reveal 'the bigger picture'. 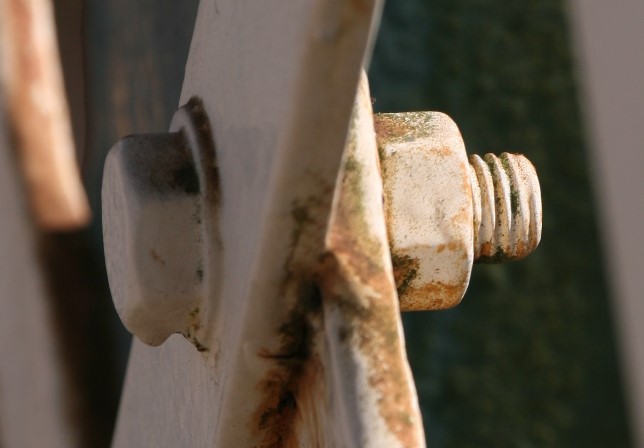 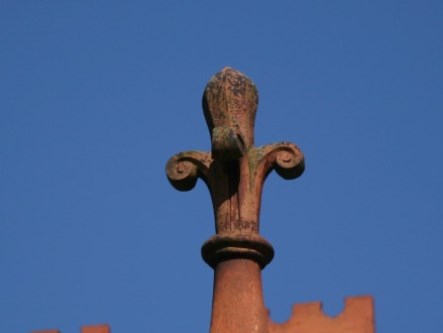