Marple Hall Date Stone 1981: The commemorative plaque being fitted to the date stone.

And so the Society’s season of talks comes to a conclusion. This was the final roll call of members until the darkening evenings of September. What will they all do all summer? 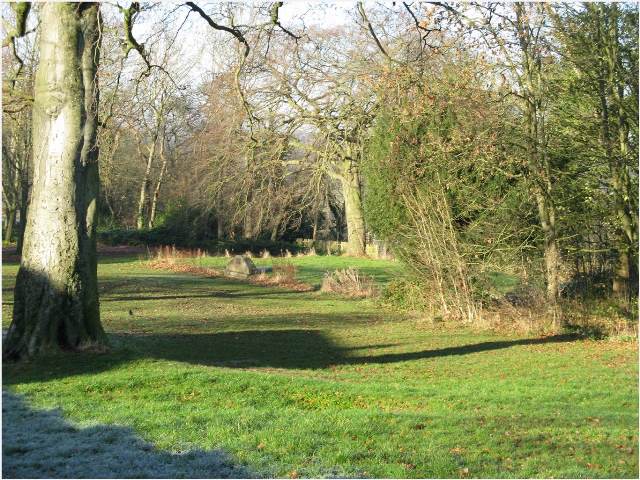 Marple Hall: All we are left with now

The menu for this Society evening at Marple Methodists read:- 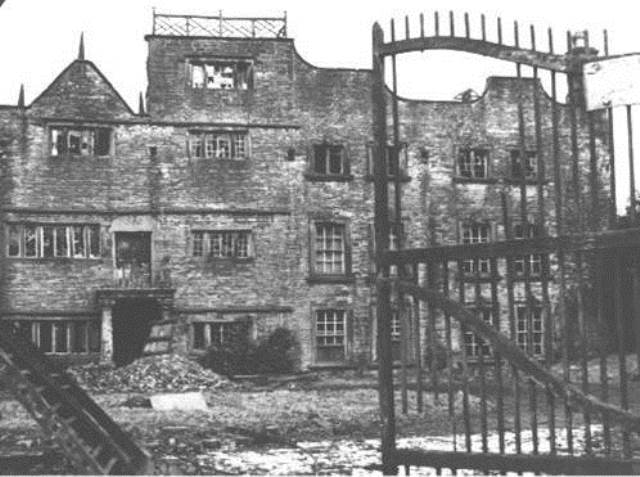 Starter:
As does Marmite so do AGMs split opinion, a loathing or a loving. Those who loathe are well served by the Society, whose GMs, are models of brevity. During the twenty minutes, reports were delivered; matters considered and resolved, committee members re-elected.  For those who love 'em, 'tis the season of AGMs.
Main Course:
For the main course of the evening Neil Mullineux used a good measure of local history, spiced with a sprinkling of ‘Antiques Roadshow’, ‘Through the Keyhole’ and a dash of ‘Who Do You Think You Are?’, as he served up ‘Marple Hall: The Inside Story’.
Though all that remains of the Hall is a grassy area and a plaque, the name of the house and its owners live on in the name of the school built in its grounds, Marple Hall School, with its Bradshaw and Isherwood buildings.
Vernon, Bradshaw and Isherwood, a litany of well-known local names, are intrinsically connected with the hall, being successive own 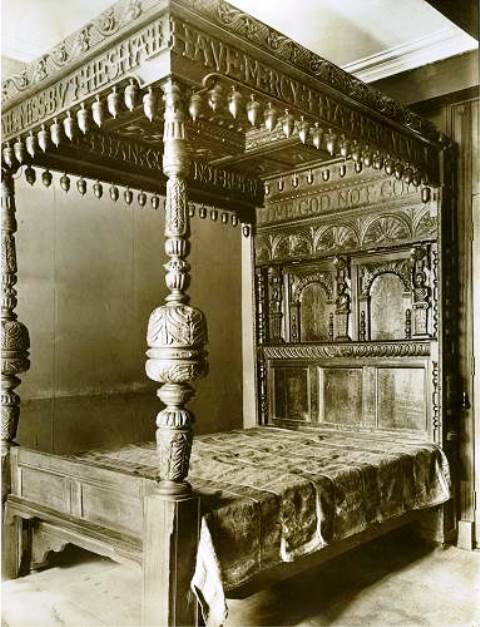 ers of the land and property. One thing that can be said about the Bradshaws, they did not have much imagination. The eldest son was always called Henry so we go from Henry I to Henry V. John Bradshaw, born 1602, went on to become Marple’s most famous son, being the first signature on the death warrant of King Charles I . It turns out that phoning in with a sickie was a big mistake. When the House of Commons appointed a commission, of lawyers and MPs, to bring the King to trial, Bradshaw, in his abscence, was made President of the commission. A place in history was earned by default.

For his virtual tour of the hall, Neil used descriptions of the interior from several sources. The first was from Charles Bellairs, ‘a young man on the make’ who married into the Isherwood Family. With many alterations and additions, Marple Hall was a mixture of styles, varying from Elizabethan to Victorian Gothic; it became a mongrel building, windows sash/mullioned/bricked up to avoid window tax. Sweeping into the house, we learnt of the many treasures that lay within. Hooded chairs, (below left) sedan chair style, complete with hole for chamber pot, in the hall, that were used by menservants, awaiting the late evening returns to the hall. A library, whose most commonly opened book was ‘Foxes Book of Martyrs’, containing gruesome woodcuts. Superb quality French and Flemish tapestries hung in the Drawing and Dining rooms, depicting the seasons of the year. Elsewhere in the house, could be found Jacobean furniture, a dinner service of Worcester China, high backed Carolian Chairs of pear wood from the reign of William & Mary, and a very valuable collection of silverware and a bed (above, right) that John Bradshaw himself is supposed to have used. 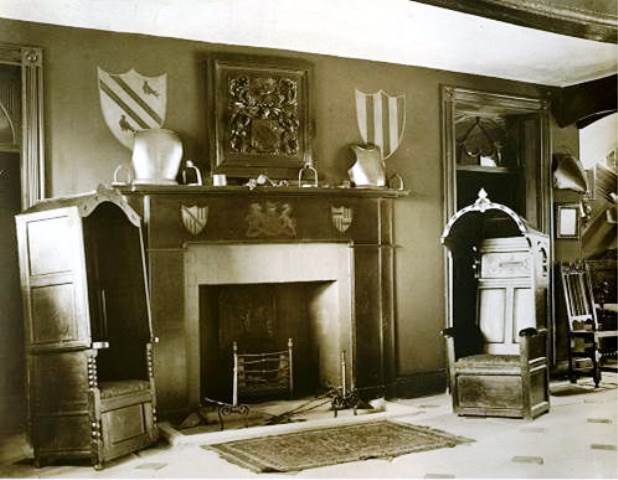 During a two day sale in July 1929 most of the halls fittings and contents were sold. The destination of many items is lost. But Mark Whittaker has done fine detective work, finding the whereabouts of tapestries and stained glass, as well as unearthing actual artefacts such as window shutters and a chimney pot taking pride of place in a local garden. The sale was held at the behest of Henry Bradshaw-Isherwood who inherited the house in 1929, but left the running of the house to caretakers after returning to London. He had ‘a champagne lifestyle but lemonade income’. Henry died in 1940, when the house passed onto Christopher Isherwood, later the famous author. He relinquished the house and estate to his younger brother, Richard, who lived with his mother Kathleen for most of his life, and was beset with mental problems through his life. Neither brother had any interest in the Hall. After the retirement of the caretakers in 1953, vandals moved in. Looting took place, the chimney collapsing after the theft of lead. In 1954 Richard Isherwood belatedly offered the Hall and gardens to Marple Council but they refused and the vandalism and destruction continued. In 1957, when the Hall was a total ruin, it was again offered to the Council. This time they agreed and it was decided that after demolition the foundations should be grassed over and preserved and a suitable plaque erected. Unfortunately even this was to suffer at the hands of vandals and souvenir hunters. All that remains is a metal plaque on a 1658 lintel.
To end his talk Neil waved a lamp from the house before the audience; this lamp has a history. Yet another artefact rescued by Mark Whittaker, this lamp was mounted on one of the coaches. 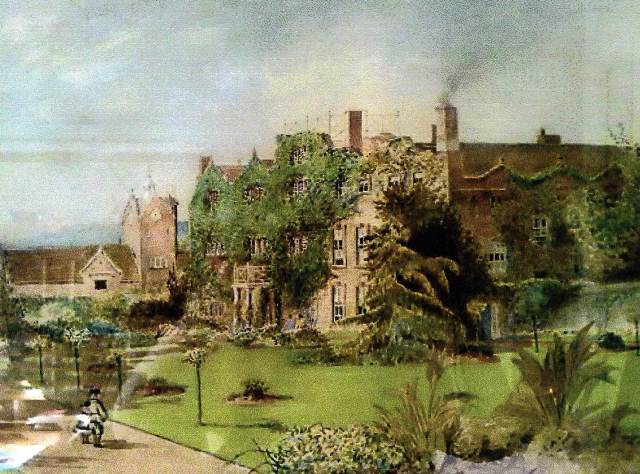 Marple Hall: As it should be remembered

Dessert
That was the main course over, now the audience had to prise themselves away from the pews, replete though they may have been after two courses. Awaiting them in the foyer was the table groaning under the weight of the cakes supplied by the committee. A committee that certainly have no qualms in blatantly bribing the members of the Society to the AGM. A healthy portion of members took the decision to pursue the spread of 'unhealthy' cakes, to be washed down with a brew. Others were seen speeding out, for an assignation, to visit the pub or even go home.
A good evening to end the season made memorable by Neil divulging the Inside Story of Marple Hall, in such an erudite fashion.

Unknown people at Marple Hall in 1900.