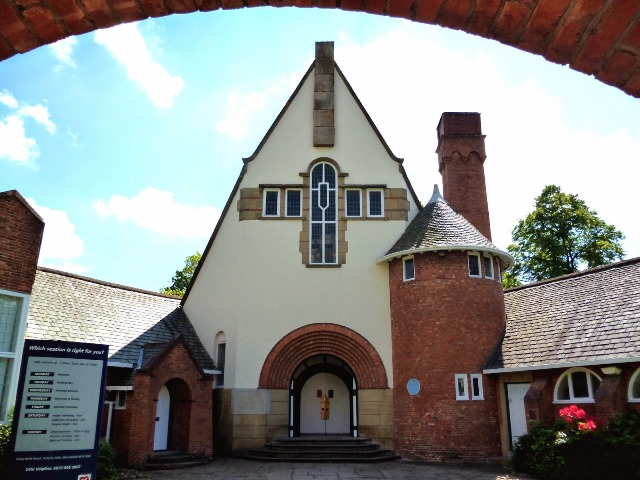 Wendy and Barrie Armstrong were introduced as giving us “two for the price of one” and they certainly did, as they seamlessly swapped roles during their presentation. They both retired early in order to indulge in their passion - a love of the Arts and Crafts movement and that love was clearly communicated throughout their joint talk.

ith a general survey of the movement. Her thesis was that although the movement is generally thought to be between 1880 and 1914 there were signs of it long before 1890 and its influence lasted well beyond the Great War. Ruskin was the intellectual fount for the movement and a bevy of architects began to adopt this philosophy gradually and cautiously. Not on all their buildings and perhaps only part of a building but the signs were there and they gradually came to prominence. Names such as William Butterfield, William Burges and George Edmund Street might be better known as practitioners of the Gothic revival but they all produced buildings which heralded the Arts and Crafts movement.

William Morris and his friend Philip Webb are often thought of as launching the Arts and Crafts movement in 1860 when the Red House was completed but all these architects had completed innovative designs incorporating the essence of the new movement well before this date.

But it was not just architectural designs that symbolised the Arts and Crafts movement. It was a reaction against the perceived impoverished state of the decorative arts; the perceived decline in standards that the reformers associated with machinery and factory production. William Morris’s idea of handicraft was essentially work without any division of labour rather than work without any sort of machinery. As such they were just as concerned with decorative arts as with architecture. Furniture, wallpaper, stained glass, artistic metalwork, even printing and bookbinding were 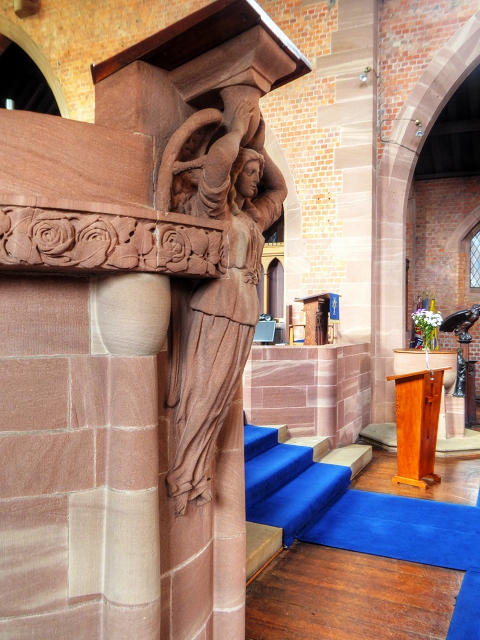 all important constituents of the concept. Various societies were formed to promote particular arts and crafts but, more importantly, to encourage cross-fertilisation between the specialist activities. The Art workers Guild, the Home Arts and Industries Association and the Arts and Crafts Exhibition Society were all established in the 1880s. Although London-based they all had key members from other parts of the country and at this point Barrie exchanged places with Wendy to look at artists and their work in this area.

A radius of twenty five miles from Marple takes in a wide swath of country and he regaled us with example after example of works by well-respected artists. It includes all of Greater Manchester, most of Cheshire and Derbyshire and parts of Staffordshire and Yorkshire. Many are of major importance which can stand alongside our own St Martin’s Church such as the Long Street Methodist complex in Middleton by Edgar Wood and some of the classic houses he designed for the woollen magnates of Huddersfield. (right: Long Street Methodist Church pulpit) Other architects known for Arts and Crafts designs were based in the north west such as Barry Parker who entered a partnership with his brother-in-law, Raymond Unwin in Buxton. The two were heavily involved in designing the very first garden city - Letchworth Garden City - and later Hampstead Garden Suburb. The Shanty (below) in Church Lane was one of their designs. Percy Worthington, born and working in Manchester, was responsible for many celebrated designs in the north west including Barclays Bank in Alderley Edge and several houses in Victoria Park and in Knutsford. 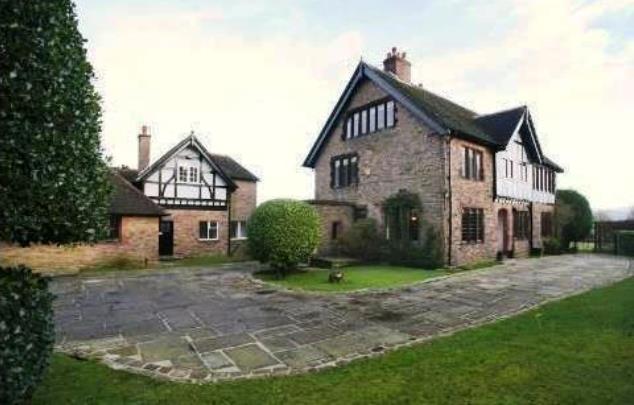 There were important firms in this area producing classic designs such as W.J.Pearce of Manchester - famous for their stained glass - and George Wragge Ltd of Salford who were world famous for metalwork and later for their stained glass installations. Various art schools encouraged the study of Arts and Crafts and the Sheffield Arts and Crafts Guild, an association of craftsmen which was the equal of the London-based Art Workers Guild and produced work of a similar standard.

It is appropriate to end Barrie’s survey of the Arts and Crafts in the north west by emphasising the role that Marple has played. As well as some iconic buildings such as the Shanty and St Martin’s Church there are high quality listed buildings in the Ley Hey conservation area. There was even a well renowned design company specialising in stained glass - Thomas Willford of Brabyns Studio in Marple Bridge. This is described in some detail in an article in Cheshire Life from 1954, a copy of which is in the archives.

Thank you Wendy and Barrie for making us much more aware of our heritage.