Somehow the two words “Liverpool” and “cows” do not seem to go together. “Liverpool” and “scouse” - Yes. “Liverpool” and the “Beatles” - Yes. Even “Liverpool” and “peroxide hair” but “Liverpool” and “cows” - not really. (Neil Mullineux reports) However, Dave Joy was to prove us all wrong in a fascinating and well-attended talk after the AGM. He used his family history to illustrate an important trend in the history of the Industrial Revolution. By the 1840s the revolution was well under way and the whole way of life was changing. Towns had become the centre of factory-based industries and had expanded into cities. Despite horrendous overcrowding the cities had expanded outwards, pushing the farms that fed them ever further away. At the same time the rural areas were losing population to the cities and experiencing a deep economic depression which accelerated the exodus. 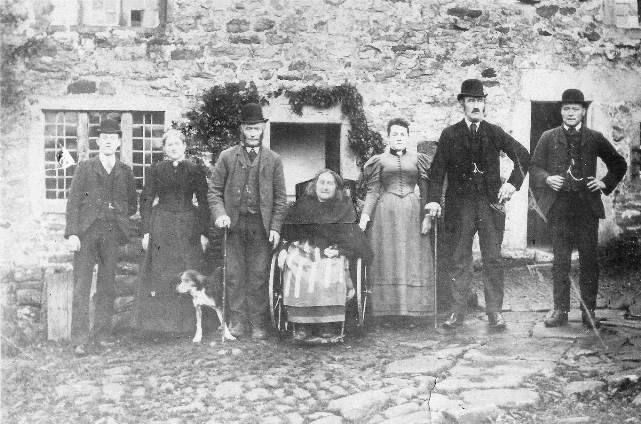 Dave’s family, the Joys, were typical of many farming families. They came from Hebden, near Grassington in the Yorkshire Dales where they had farmed for generations. Typical of most hill farms, the family lived in a “longhouse” - a single building with the farmhouse at one end and the shippon for cattle at the other end. Although outside for much of the year the cattle were brought indoors for milking and were permanently housed there during the winter months. However, the farm could not provide a living for all so one of the sons left to try his luck elsewhere.

Meanwhile, in the booming cities of northern England they were developing a new way of life in new style urban environments that had never existed before. As the cities expanded, they pushed the farms further and further out. This was not a problem in general as the advent of the railways meant that food could be transported into the cities from the rural areas both cheaply and quickly but with one major exception - milk. This could not be preserved and did not travel well. The solution was to keep cows in the city and displaced farmers such as the Joy family were both ready and able to do it. They knew how to keep cows indoors as they had done that for long periods over winter. Moreover they had a strong link with the ‘home’ farm. As a result what was known as ‘flying herds’ developed. Lactating cows were brought from the home farm, kept in the city for twelve to 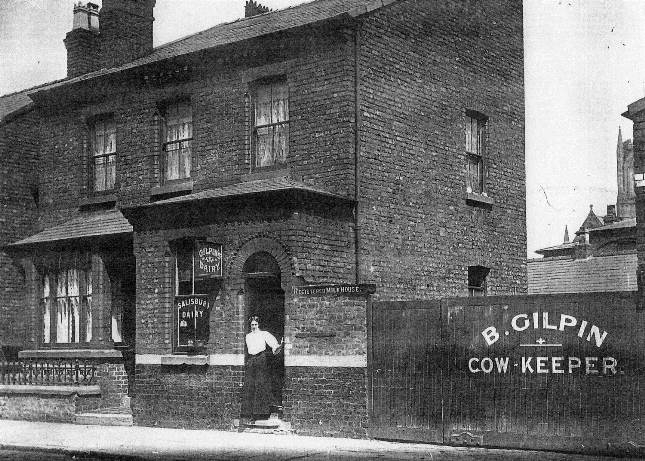 eighteen months and then returned to the home farm to calve again. A typical herd in the early days would be six or eight cows, and accommodation simple. The urban dairy farmers preferred end-of-terrace properties where they had room to build a small shippon in the yard. The house itself was often converted into a shop on the ground floor with the family living above. The shop would be open from dawn to dusk and there would be two milk rounds each day at say, 7.30 in the morning and 4.30 in the afternoon, after the milking sessions. There were no bottles - just a large milk churn and the customers would bring their own jugs from the house.

left: Small shippon in the yard of an end-of-terrcace house

These early businesses were hard work for all the family but in return they were highly profitable. So profitable indeed that many of them bought out their ‘home’ farm. Local medical officers of health brought in hygiene regulations and, as towns expanded, the planners allowed purpose-built facilities for the cows. Both the feeding and waste disposal necessary became organised. At first cows were given rake-off cut grass but this was soon supplemented with bran, spent grain from breweries and oilseed cake. Sawdust and straw were bought in as bedding and the dung was often sold to the farmers just outside the city. As an indication of professionalism a Cowkeepers Association was formed in Liverpool in 1865 and it lasted over a century, finally disbanding in 1975. 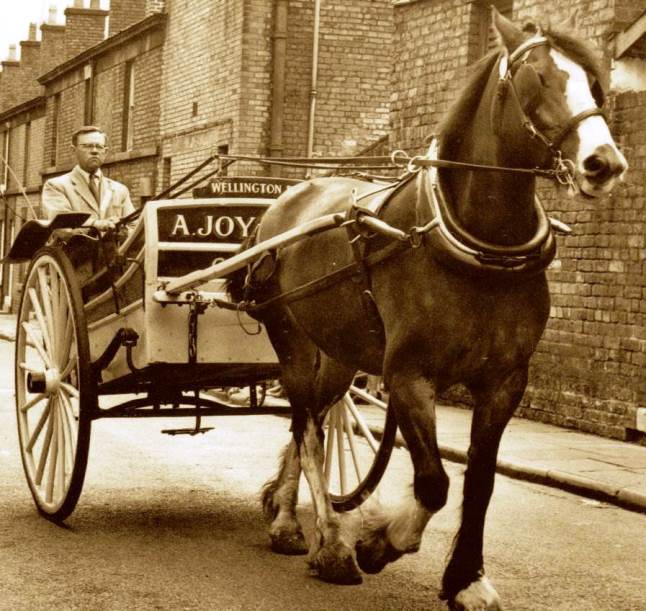 David Joy's grandfather with a splendidly turned out horse & cart

This social trend was not unique to Liverpool. Far from it. Almost all major cities had a network of these urban dairy herds but Liverpool’s was by far the largest. By 1911 Liverpool had 6500 cows licensed, compared to London with less than half that number. Many of the northern cities had 2-2,500 cows - Manchester, Leeds, Sheffield, Halifax - but the only town that came close to Liverpool was Bradford with 4,400. In 1911, there were 500 licensed cowkeepers in Liverpool with an average of 13 cows each, 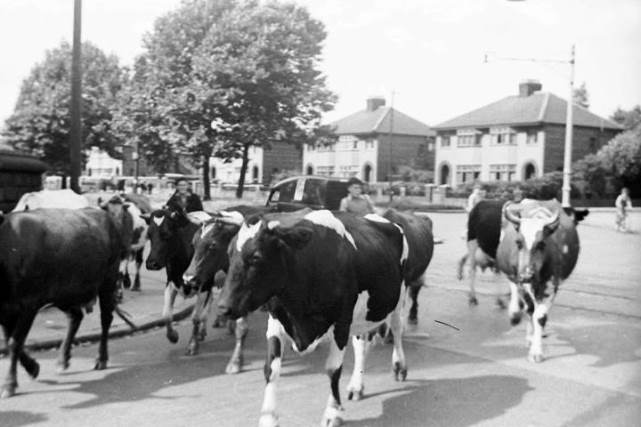 However, they did not have everything their own way. Towards the end of the nineteenth century railway milk was being brought in and sold in milk shops. By 1882 this competition had 37% of the market but the cowkeepers fought back. They made much of the regulations and made hygiene a key selling point. Many of them proclaimed “Inspection invited” to all and sundry. They were successful in maintaining their customers right through until World War Two, indeed the early 1930s were very profitable, but the industry was changing. Different grades of milk were introduced, bottles became standard and after the war the Milk Marketing Board took away much of the individuality within the market. The Joy family finally recognised the situation and closed their business in the 1950s but they had no regrets. They had been in at the beginning and they were there to the end, a very good run.

"Cows in the heart of the city? The cow houses of Liverpool were urban dairies, supplying fresh milk and cheese to local people, and once home to over 4,000 cattle. This delightful colour film from July 1975 records the departure of the animals from the last remaining cow house in Marlborough Road, West Derby. We then see them contentedly settled in their new home at Brantbeck Farm near Lancaster." BFI Film