17th February Neil Mullineux – The Leghs of Lyme: How to join the aristocracy

17th February Neil Mullineux – The Leghs of Lyme: How to join the aristocracy 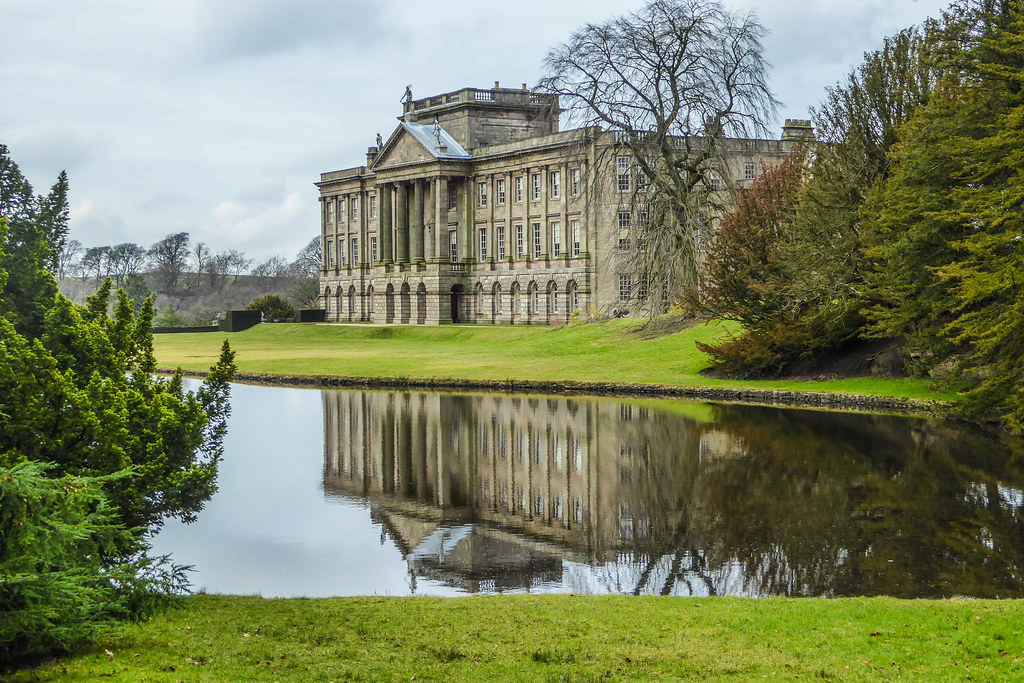 You would think we all should know the story of our local aristocracy but, just in case we didn’t, Neil Mullineux was invited to summarise 600 years of the Legh family. When he explained that the eldest son was invariably called Peter and the most recent Peter was Peter XIII it looked as though we were in for a long evening. Fortunately he was limited to an hour so we only got the highlights (and several low lights.)

In order to get into the aristocracy a family has to demonstrate two main traits - to be good at fighting and to be good at marrying. You also need a good dose of luck and a lot of time. It took the Legh family 550 years to gain a seat in the House of Lords.

The family fortunes started in 1346 at the Battle of Crécy. Our man, Our man, Sir Thomas Danyers, a landless knight from Cheshire, rescued the Black Prince, son of King Edward III, from being captured and the king was duly grateful, giving him a pension and a promise of land back in England. By this deed he proved his fighting ability and it is celebrated all over the house with moldings and carvings of an arm, clutching a banner, but cut off at the shoulder. Not for the faint-hearted.

Battle of Crécy, as envisaged 80 years after the battle

Back in England the family bought land, married into even more land, and claimed an extensive deer park from the king. They settled in to the Cheshire gentry. Some of the Peters were significant; many of them led normal uneventful lives. An early Peter was a soldier and was knighted on the field of battle. He then got religion, became a priest (possibly because he had a guilty conscience) and founded Disley church. For the first couple of centuries Lyme was just a holiday home - a hunting lodge in the deer park. However, they enjoyed the climate so much the family built their main house at Lyme in the Elizabethan era.

It was at the time of the Civil War that the family’s luck came into play. Although strong Royalists (and probably Catholics to boot) they survived the war unscathed b 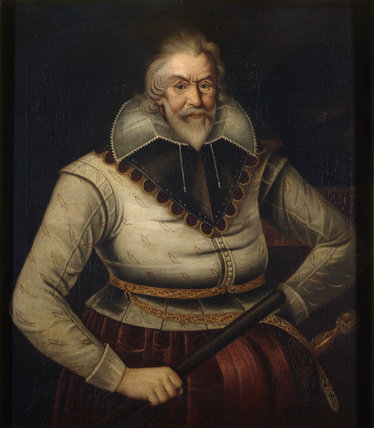 ecause the head of the family was only eight years old when the war broke out. His son, however, was not so lucky. True to family tradition he was a great Royalist and was a personal friend of the king at that time - James II. When James was kicked out and replaced by his daughter, our man Peter Legh was not happy. He would invite like-minded gentry to Lyme and they would bemoan the good old days when the Stuarts reigned instead of these uppity Dutchmen. News of this dinner table gossip reached the king and he sent troops to arrest those involved. Peter suffered the indignity of being arrested in his own house and then suffered even greater indignity by being imprisoned in the Tower of London for six months while they tried to prove a charge of treason.

Fortunately disgruntlement is not treason so eventually he was released and came back to Lyme. At this point his wife, Frances, took charge and he was told in no uncertain terms that from now on he was going to concentrate on the estate and not dabble in politics. He did exactly that and, as a result, we have the house as we know it today. He brought in an Italian architect, Giacomo Leoni, and he modified and extended the Elizabethan house to create an innovative Palladian design, the first country house in England of this style.

The next Legh of note was Colonel Thomas Peter Legh, a keen soldier who raised six regiments at his own expense to fight in the Napoleonic wars. It might have been good at fighting but he was not very good at marrying. in a latter day exercise of droit du seigneur he fathered seven children by seven different ladies and didn’t marry any of them. Even in the eighteenth century this raised a few eyebrows and the Gentleman’s Magazine, not the most critical of periodicals, saw fit to give him a disapproving nod in his obituary. There was a problem though. In those days you could not leave a title and an estate to any illegitimate offspring. But no problem if you had the money. A special act of parliament was passed and his eldest son inherited the estate at the age of five. 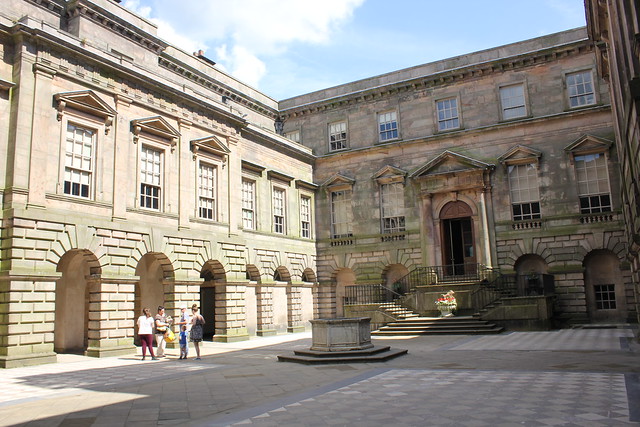 This was Thomas who was to become one of the most important of the Legh family. It helped that he had an income from the coalfield of South Lancashire amounting to the equivalent of £2 million per year. A handy sum that he used to improve the house and the park as well as developing Haydock racecourse and investing in very early railways. He died childless but his nephew took over the estate and became a full time politician. He never achieved any of the great offices of state but he served the party dutifully over forty years. When it came time to retire he was offered the choice of Lord Lieutenancy of Cheshire or a Barony. He chose the latter and took his seat as Lord Newton. The family had made it at last - only 550 years after their climb had begun.

Was this the peak of their achievement? The beginning of the end? Not quite but it did mark the high spot. With the second Lord Newton, and more particularly his wife, Evelyn Bromley-Davenport, the family experienced a golden age in Edwardian Britain but the First World War brought an abrupt end to the age of elegant living. Between the wars society changed radically and it became obvious that a house such as Lyme could not be used or maintained as a private residence. In 1946 it was handed over to the National Trust - exactly 600 years after the battle of Crécy.

"National Trust treasure in the heart of Cheshire"