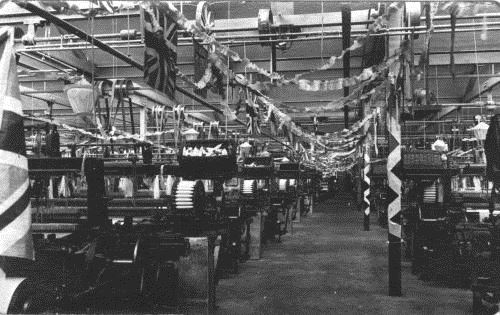 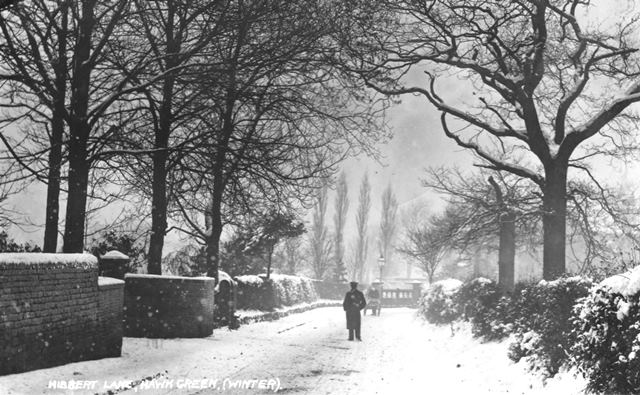 This part of Hibbert Lane may have been classed as Hawk Green when the postcard was published but it is now definitely in Marple. The wall and gateposts in the foreground belong to a substantial house, Stoke Lacy, which was built after the 1891 census was completed and before the1901 census was taken. William Chapman (Superintendent Railway Goods Depot) and his wife Adelaide lived there in 1901 together with 3 servants. In 1911, Henry Forth (agent and employer - aniline dyes & chemicals) and his wife Annabella were there with daughter Irene and 2 servants. We also know that there were 12 rooms, which included the kitchen but excluded the scullery, bathroom and water closet. The gates in the distance belong to Cotefield or Yately. 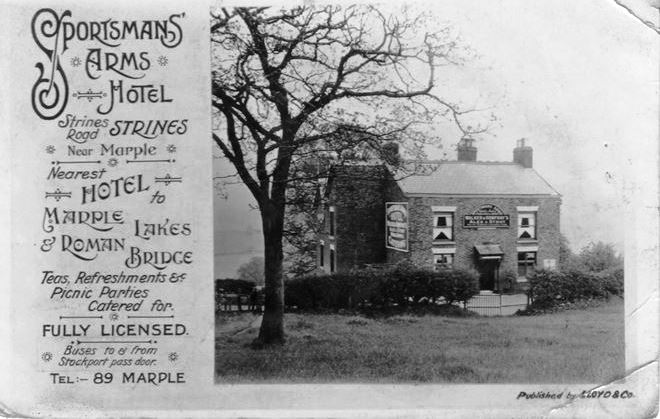 The turnpike road from Marple to New Mills (Strines Road) opened in 1801. In 1805, seeing a business opportunity, John Braddock bought a plot of land built the Sportman’s Arms and was granted his first alehouse licence.

It was ideally situated for workers from Strines Print Works, boatmen travelling along the Peak Forest Canal and passing road traffic; no wonder it had its own brew house and stables. In 1821, Joel Sidebottom became landlord but kept his ‘day job’ as a flour dealer. It was an important pub with an influential clientele as evidenced by the major auctions of land farms that were regularly held there. 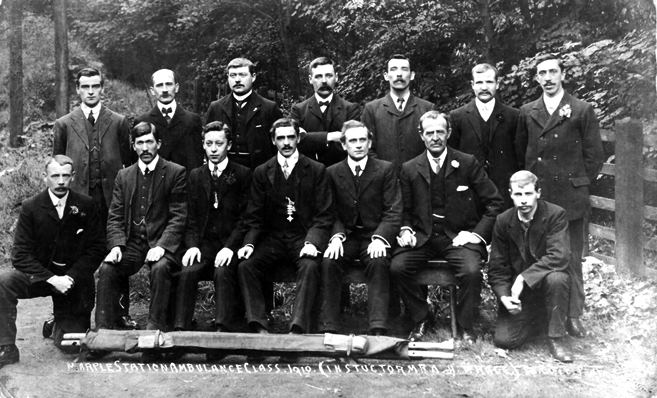 Postmarked 1910, Marple Station Ambulance Class. We do not know their names or what work they did. 4 years later, some of these men would enlist to fight for ‘king and country’. At the height of Marple Station’s operation, the Station Master was in charge of a staff of 40, with 15 men on duty at any one time. Each day up to 250 trains were using the line. About half stopped at the station and it was possible to catch direct trains from Marple to London Marylebone or St Pancras. Link to railway photos. If you are interested in learning more, Society member, Neil Mullineux has written a book: Marple and the railways price £4. link to publications page 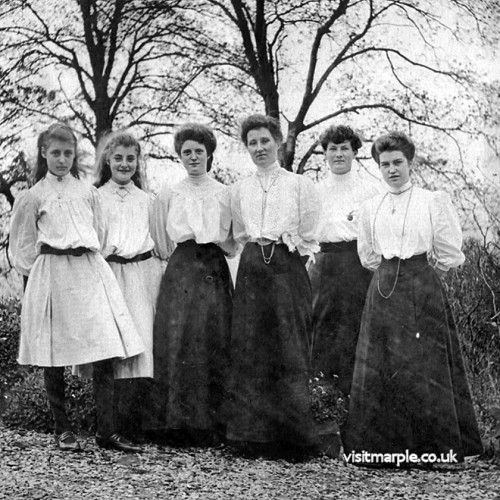 Mrs Edwards of Stonehurst with her daughters and friends

A postcard of the Edwards family from Chorlton–cum Medlock photographed several years before WW1 in the garden of Hollins House, (now the Memorial Park) the home of the Carver family who owned Hollins Mill. The census returns describe Thomas Edwards as a cotton manufacturer and calico printer. Sometime after the 1911 census, Thomas and Mary and their daughters Mary (b1894) and Edith (b1895) moved to Stonehurst on Hibbert Lane. 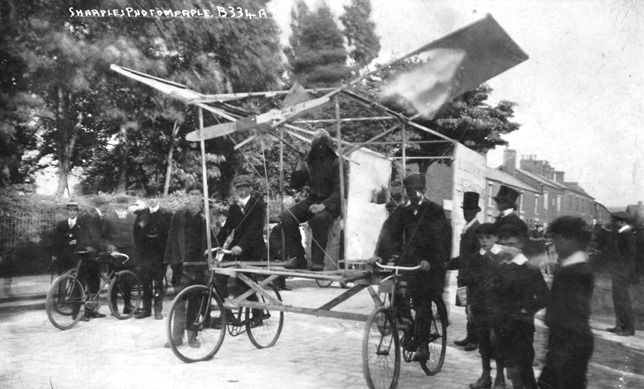 A carnival entry and I hope it won first prize! The view behind the ‘flying machine’ is Town Street, Marple Bridge but at first I doubted this because of the trees. However, follow this link to see the proof.