This card is addressed to Mme V Liefmann, who lived in Molenbeek a small town in Belgium. Postmarked Bruxelles, 9th January 1919 there is no message. Molenbeek became a centre of industrial activity in the 19th century, and was known as Little Manchester or Belgium Manchester, due to the cramped living conditions. 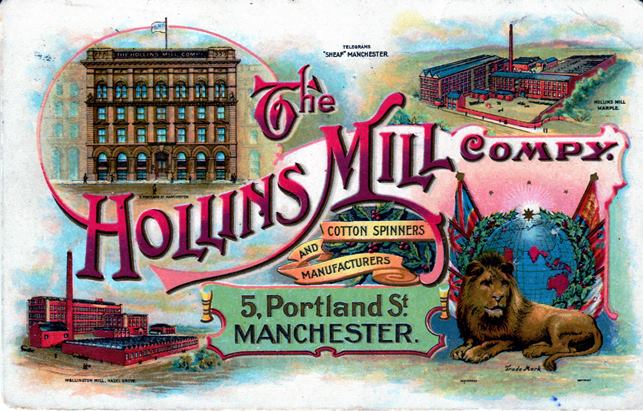 Two postcards of the Edwards family from Chorlton–cum Medlock photographed several years before WW1 in the garden of Hollins House, (now the Memorial Park) the home of the Carver family who owned Hollins Mill. The census returns describe Thomas Edwards as a cotton manufacturer and calico printer. Sometime after the 1911 census, Thomas and Mary and their daughters Mary (b1894) and Edith (b1895) moved to Stonehurst on Hibbert Lane. 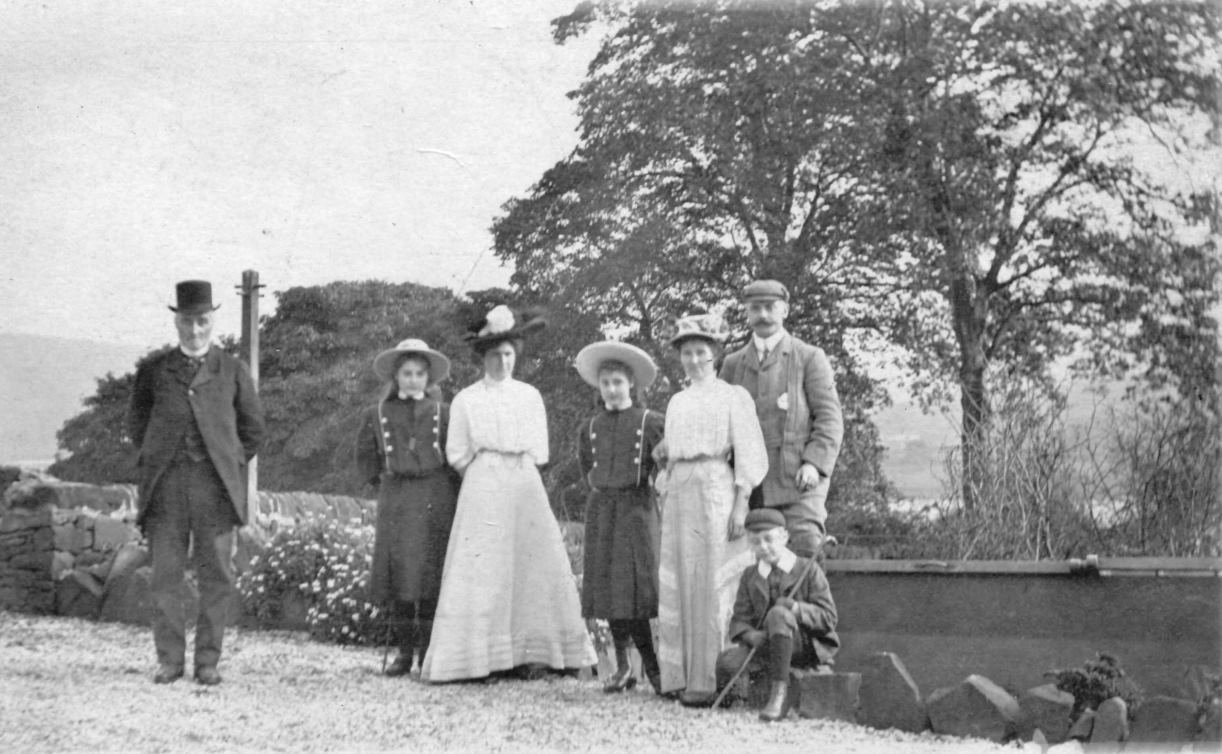 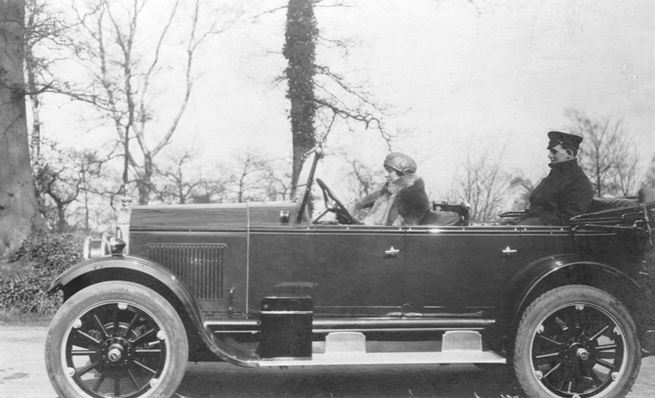 Miss Edwards driving the family car – 1920s? Vintage car enthusiasts, note the battery box on the running board. I wonder what the chauffeur thought about being the passenger – perhaps an early example of women’s lib?

A view of the footbridge over the railway tracks at the back of Strines Road. The steps drop down to the valley and emerge on Lakes Road, near Bottoms Bridge. The footpath starts on Strines Road, not far from Brick Bridge and is a popular route for walkers visiting Oldknow’s Mellor Mill site and the Roman Lakes. 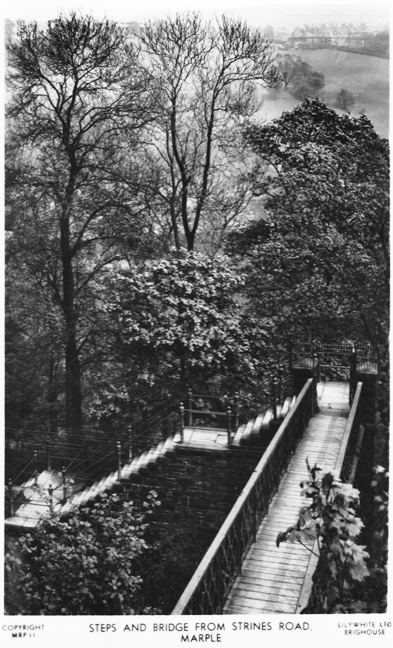 Links to photos of:

A sketch of Mellor Lodge and Bottoms Bridge by Joel Wainwright

Strines Print Works from different perspectives. The first postcard has two 1909 postmarks - Stockport July 15th and Cape Town South Africa, August 3rd. The card was sent to George Cooper Southern, in Cape Town by his sister Dorothy. The message is short and sweet – ‘Cooper, am only sending you a card this week as news is scarce. Hope you are feeling better. We are all fine.’ Prior to her marriage, Dorothy had lived at Beechwood, on Lakes Road. Link to ‘If walls could talk’. 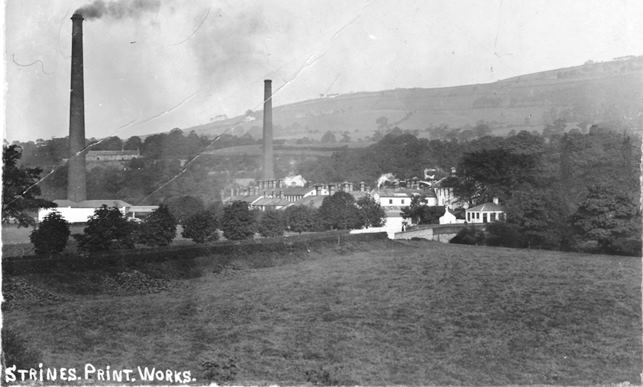 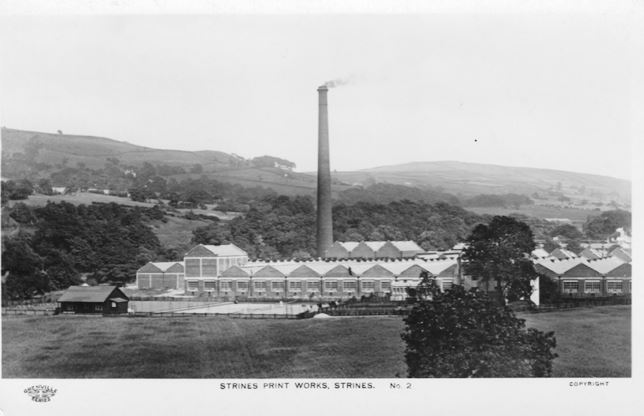 This view shows how large the footprint of the works was and how it dominated the landscape.

Strines album on the Virtual Tour

I wonder why these two images were made into postcards? In 1905, Mr Nicholls built his first house, ‘Mon Labore’ on Longhurst Lane, Marple Bridge. Albert was a foreman joiner and builder and lived there with his wife Ada and their children also called Albert and Ada. The family was still living at Mon Labore when the 1939 Register was taken. 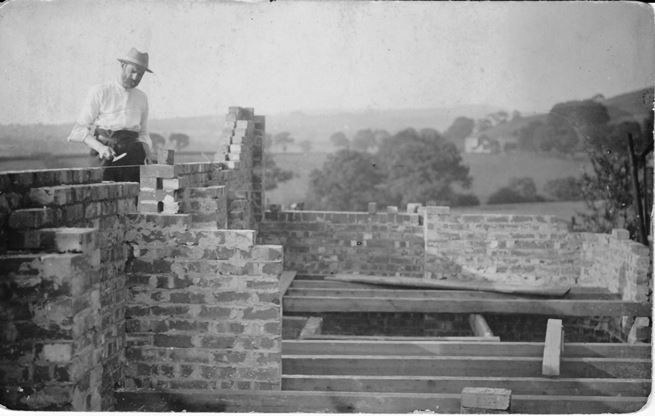 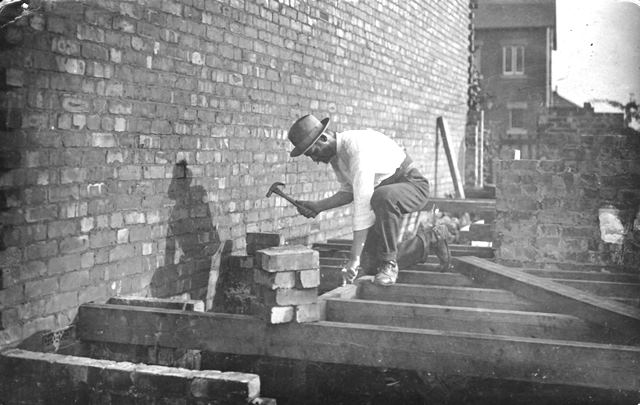 On the 9th January 1929, Hayfield RDC resolved that Mr Nicholls of Mon Labore “be given a notice to either complete or pull down the building he has been erecting for the past 15 years.

Sent to Mr Wood of Watkin Street, Ardwick in August 1908, the simple message says it all: ‘Don’t care if it snows’. I guess whoever wrote it was having a good time in Marple! 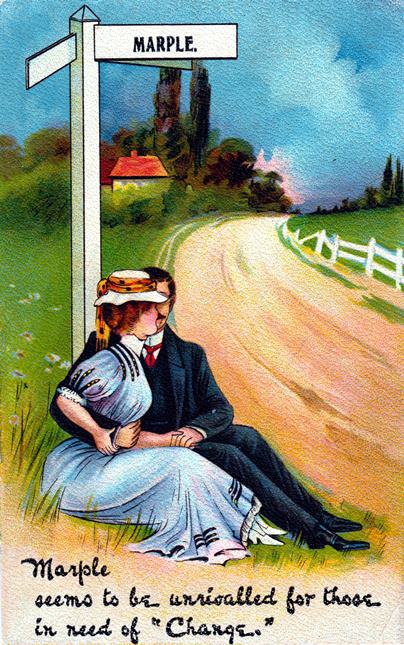