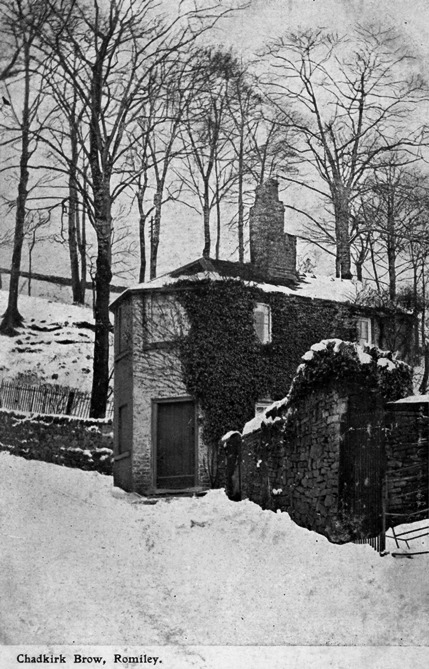 Like me, you may have thought that Chadkirk Brow, Romiley is an old name for the road from Otterspool Bridge to Hatherlow and that this house was demolished long ago…WRONG. The house is on Vale Road, beyond Chadkirk Chapel and Chadkirk farm. The road, no longer open to vehicles, climbs steeply up to Burymewick and the house is located just before the road passes under the small canal aqueduct. This was the old road from Otterspool Bridge to the centre of Romiley.

The house looks as though it could have been a tollhouse but there is no evidence to prove this. Because of its peculiar shape, it has had some creative nicknames over the years, including the Mouse Trap, the Pepperpot and the Concertina House. Its name is Kirkwood Cottage.

In contrast, the road from Hatherlow to Otterpool Bridge has changed. The original route went along Bunker’s Hill and dropped down steeply to Harrison Brow and Otterspool Bridge. It was a dangerous road for motorists and made more so due to subsidence. This view of the new road was taken from Otterspool Bridge, looking towards Hatherlow; Vale Road is to the right of the motorcar, just out of sight.

Building the new road necessitated diverting a stream and moving 40,000 tons of rock and shale. The road we drive along today was completed in June 1931. 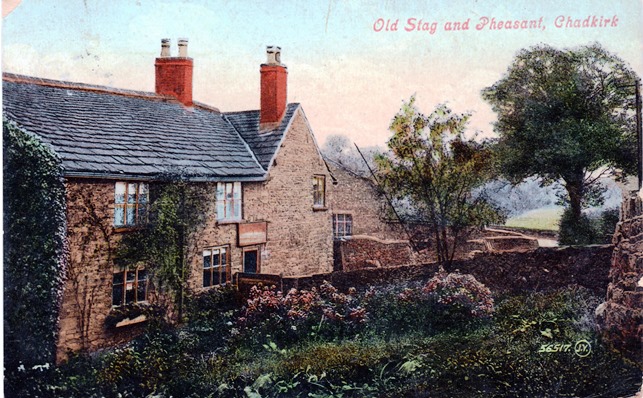 Licensed as a beer house around 1832, Ralph Smith was landlord in 1891. Ten years later, his wife Phoebe was the licensee and the pub was popular with ramblers and country walkers. It closed its doors to the public in the 1920s and became a private home. It stands back from the highway, between Vale Road and Otterspool Bridge. 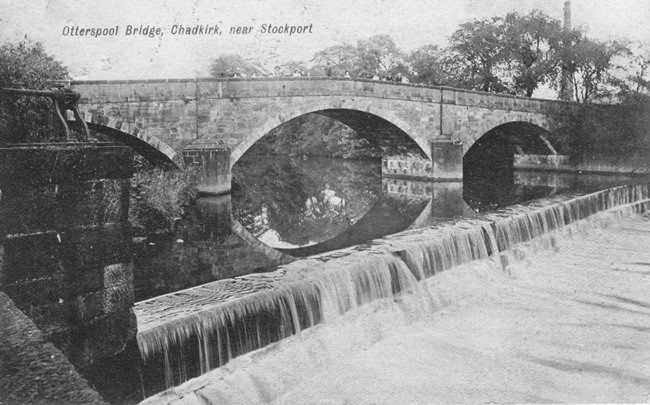 A Grade II listed building, originally built in 1660, the bridge was only wide enough for single traffic. Over the years it has required maintenance and on the 26th October 1779 the Manchester Mercury reported that the bridge was damaged and in need of repair. In 1931 the bridge was widened when the road to Hatherlow was rerouted. There is a date stone, built into the north side of the centre buttress, inscribed Thomas Watson 1660. Further bridge repairs were carried out in 1935, during which a 40 ton travelling crane fell 29 feet into the river below. Sadly the crane driver was trapped and drowned.

The weir funnelled a water supply to the Otterspool sewage works in Mill Lane. Since 2012 it has powered the Stockport Hydro renewable energy scheme. 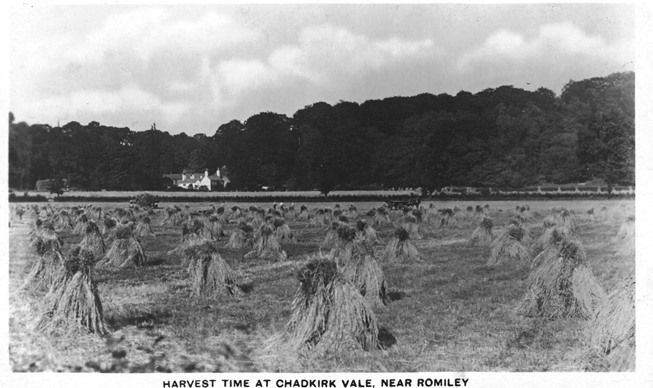 This image pre-dates 21st June 1922, the date it was posted by holidaymaker Ethel, to her friend Winnie who lived in Cheetham, Manchester. It shows stooks of grain drying in the fields. Chadkirk Chapel and woods can be seen in the distance. 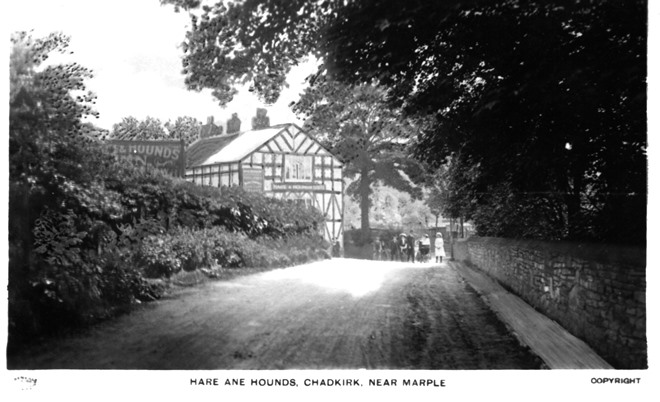 In 1778 there were ‘cottages and dwellings’ on this plot of land, known as Dooley Croft and 30 years later, there was also a public house. In 1930 the brewery, Walker & Homfrays, paid £50 to Henry Bradshaw Isherwood for a plot of land behind the pub, and this was made into a beer garden with a summerhouse, lawns and seats.

The main road, Dooley Lane, passed very close to the pub, bending sharply around the building, as can be seen in this image taken from near Otterspool Bridge. Over the years, as the volume of motor traffic increased, the bend became a dangerous hazard. In the early 1970s the road was straightened and rerouted to the opposite side of the building, passing through what was formerly the pub garden. 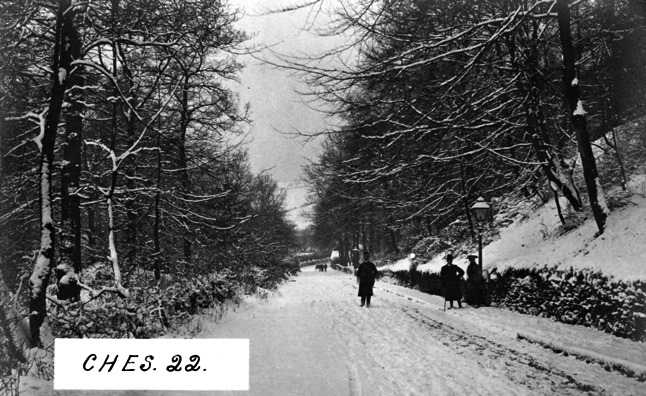 Probably photographed in the early years of the 20th century, this view of Dooley Lane, taken from Dan Bank, is still recognisable today. However, walking in the road is not recommended.

With thanks to Bill Beard and Neil Mullineux

The house looks as though it could have been a tollhouse but there is no evidence to prove this. Because of its peculiar shape, it has had some creative nicknames over the years, including the Mouse Trap, the Pepperpot and the Concertina House. Its name is Kirkwood Cottage.

You can still walk this route from Dooley Lane to the site of the Hall but only a wooden stile remains where these gates were.

Dooley Lane cottages near to the Hare and Hounds

Flooding at the Hare and Hounds on Dooley Lane. The Mk II Cortina dates it to some time after 1967

The new road Hatherlow to Otterspool Bridge, building the new road necessitated diverting a stream and moving 40,000 tons of rock and shale. The road we drive along today was completed in June 1931.

A view of Otterspool Bridge showing the Waterworks