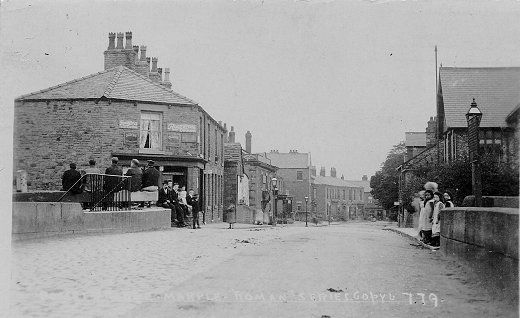 Photograph of Marple from Posset Bridge at Lock 13

In 1919 Walter Owen Bentley built his first motor car. It was the beginning of one of the most charismatic marques in motor racing.

But equally fascinating are the men-about-town who drove these magnificent cars, Woolf Barnato, Tim Birkin, Glenn Kidston, Dudley Benjafield and others. Their exploits, on and off the track, led to their name “The Bentley Boys”. They summed up the devil may care attitude of the Roaring Twenties.

After a period in the doldrums the name Bentley arose once more in the 1980s and today they still make luxury, fast motors cars, the drivers of which probably still imagine themselves as “Bentley Boys”.

2021/22 season – inaugural meeting
As in the last few years we meet at the Methodist Church on Church Lane,
SK6 7AY.

(Please be aware that much of the Chadwick Street car park is occupied by the COVID testing station and it can only be accessed from Trinity Street. Chadwick Street itself is closed at the Church Lane end, although there is pedestrian access.)